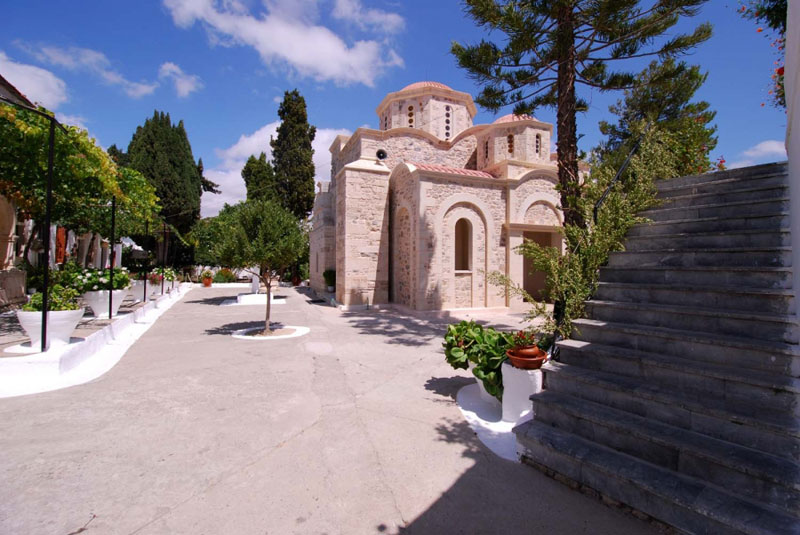 Monastery of the Assumption in Agarathos

municipal-region-of-thrapsanomunicipal-region-of-thrapsano Galatas Monastery of the Assumption in Agarathos Sampas Thrapsano Voni Zoforoi Near Villages Galatas Sampas Thrapsano Voni Zoforoi Monastery of the Assumption in Agarathos The historic monastery of Agarathos is dedicated to the Assumption and it is celebrated on August 15, when a big fest takes place with large crowds of people coming. The name of the monastery, according to tradition, came from the fact that an icon of the Virgin Mary was found under an “Agarathia”, a certain kind of a plant. It is a two-aisled church, which was built at the site of an older one and it has been designated as preservable. It has a main entrance on the northwest side and two other entrances on the north and east side. The monastery is situated about 23 kilometers from Heraklion, at the south of the village “Kalo Horio”, on top of a small verdant hill. It has a guest house which offers warm hospitality, according to the old custom. An ecclesiastical museum, open to the public, operates in the monastery. It exhibits icons, holy items and religious artifacts. You can also visit the library of the Monastery. Tourist Guide Sightseeings Church of Holy Mary in... 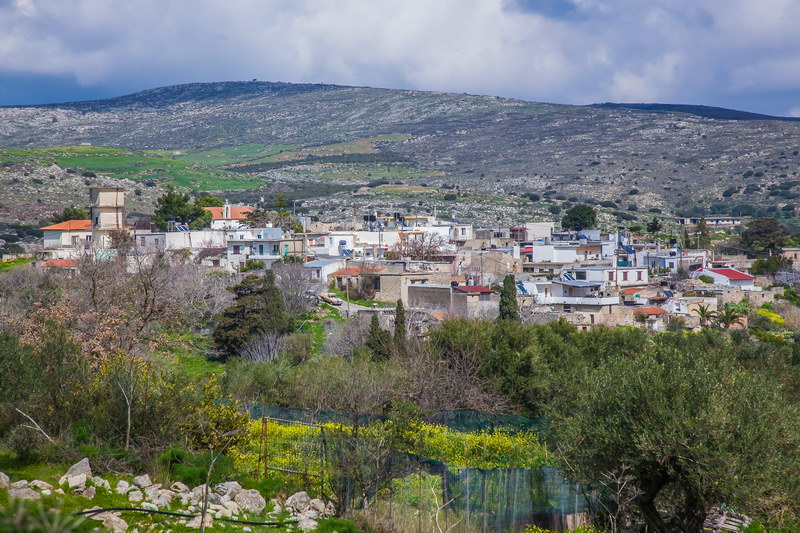